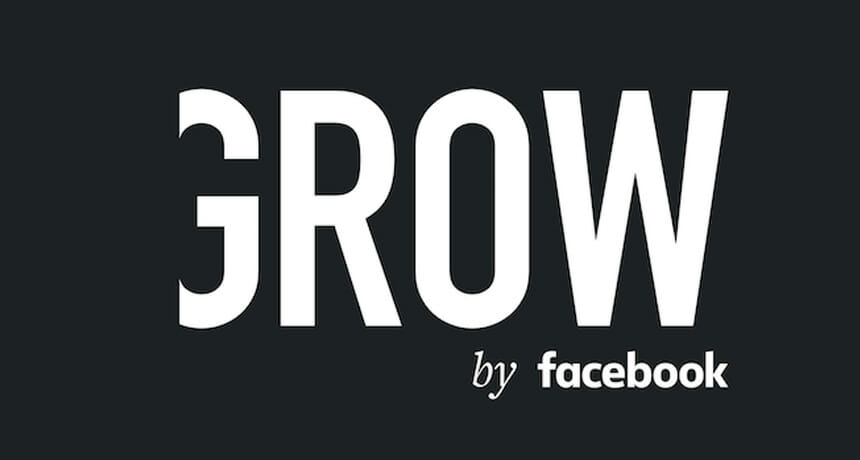 Grow by Facebook was launched in the UK under the slogan: “Grow your business. Grow your network. Grow your mind.”

The magazine (Sorry, they want to call it a “marketing product”, even though it says “magazine” on the cover) features interviews with leading business figures. It’s part of a larger programme that “started life as a small event in the English countryside three and a half years ago.”

Facebook continues: “The traditional brands and disruptive newcomers, creators and creatives that we are privileged to work with every day were increasingly asking us to connect the dots between them. Grow by Facebook’s ambition is to help business leaders keep ahead by creating and curating insightful content and experiences.”

The printed product has been sent directly to marketing clients and distributed in selected airport and train business lounges. On the Grow page, Facebook acknowledge that print is effective in reaching their particular audience: “The program is designed to deliver content in different formats that suit our audience. We know that business leaders have limited time for long reads at work, so we’ve also created a physical version with journeys in mind.”

There is so much evidence to support the fact that a good piece of print has the power to engage consumers at a very deep level. It’s a different experience entirely from digital media, which is increasingly becoming a tarnished channel for advertisers.

Let the statistics speak for themselves.

It’s surprising that Facebook has taken so long to reach the conclusion that, if they want to make an impact, they’d better choose print.

Using aspects of an article by Two Sides, which can be read in full here.