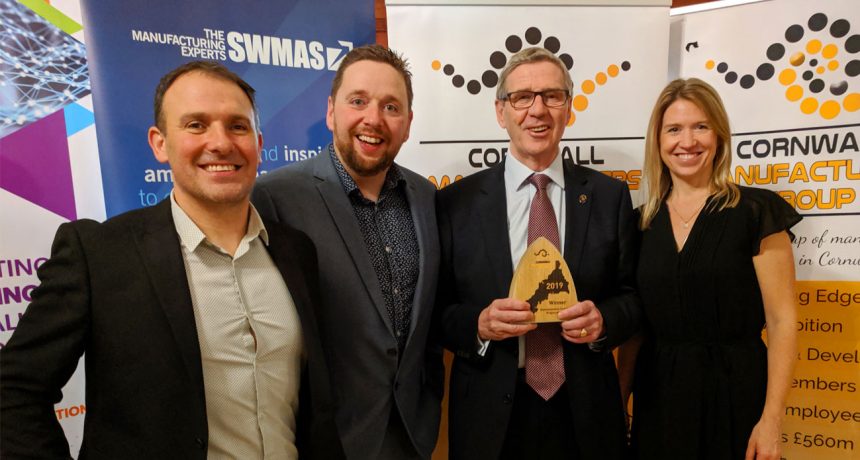 The annual CMG awards took place at Newquay’s Atlantic Hotel and saw manufacturers from across the County recognised for achievements across the sector. SAPC were recognised for their “Smaller footprint” project, in which a number of innovations have helped them towards their target of a carbon saving of 60 tonnes by the end of 2019.

It’s been a busy twelve months for SAPC, with the CMG award completing their impressive collection of four major sustainability awards since last November.

Earlier in October, they were named the UK’s Environmental Company of the Year at the PrintWeek Awards in London and previous accolades include being recognised as the ‘Most Sustainable Medium Sized Business’ at the Cornwall Sustainability Awards, and ‘Green Company of the Year’ at the national Print, Design and Marketing Awards back in June.

Peter Moody, SAPC’s Managing Director said “We’re grateful to the CMG for recognising SAPC’s ongoing commitment to the environment with this award.

“Cornwall’s manufacturing sector has so much to offer and it was a privilege to spend the evening with some inspirational companies and people who are helping to put manufacturing in Cornwall on the map.

Peter added: “Winning four environmental awards in twelve months is testament to the hard work and focus of our entire team. I’m very grateful to them all for their support and for sharing in our sustainability commitment.”