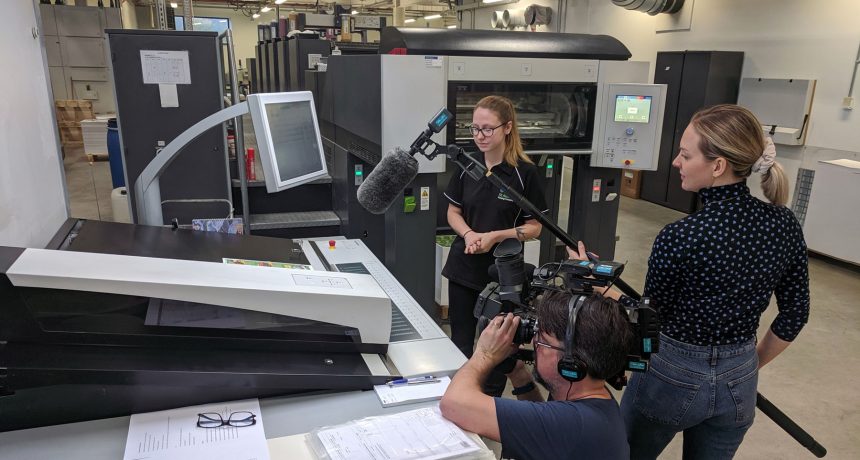 “The Secret World of Toys at Christmas” lifted the lid on three iconic toy, crafts and games manufacturers – including the card game Top Trumps which is manufactured in SAPC’s sustainable factory here in Cornwall. The show was narrated by famous local resident Dawn French, who lives in Fowey.

Top Trumps owners Winning Moves shared the history of the iconic card game as well as revealing how their teams come up with the content and design for the packs.

The show then followed the manufacturing process of the packs by the experienced team at SAPC and the specialist machinery involved. The company produces around 2.5 million packs a year, with one pack coming off the production line every two seconds. 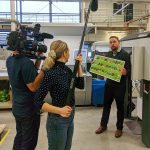 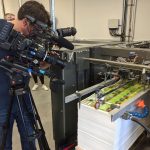 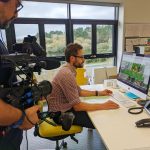 Beth Mayman, SAPC’s Operations Manager said “We’re very proud to work with Winning Moves to manufacture Top Trumps here in Cornwall and pleased to be given the opportunity to demonstrate our team’s contribution in creating cards for such an iconic brand.

“Working with Winning Moves, we have printed packs featuring everything from Harry Potter, to Star Wars and other Disney films such as Frozen 2 and Toy Story 4. The show features the printing of one of the most popular Top Trumps packs, Dinosaurs.”

The one-off special also featured other famous brands such as Crayola in the USA and Steiff teddy bears in Germany. The film allowed viewers to gain access to FAO Schwarz, New York’s biggest and most famous toy store; before an exclusive access reveal of their first UK store, a proud new addition to Selfridges, Oxford Street.

Beth added: “We’ve had some excellent feedback from the show and hope that it helps to promote manufacturing here in Cornwall.”

“The Secret World of Toys at Christmas” was broadcast at 7pm, Monday 23rd December on Channel Four. It is still available to watch online here. 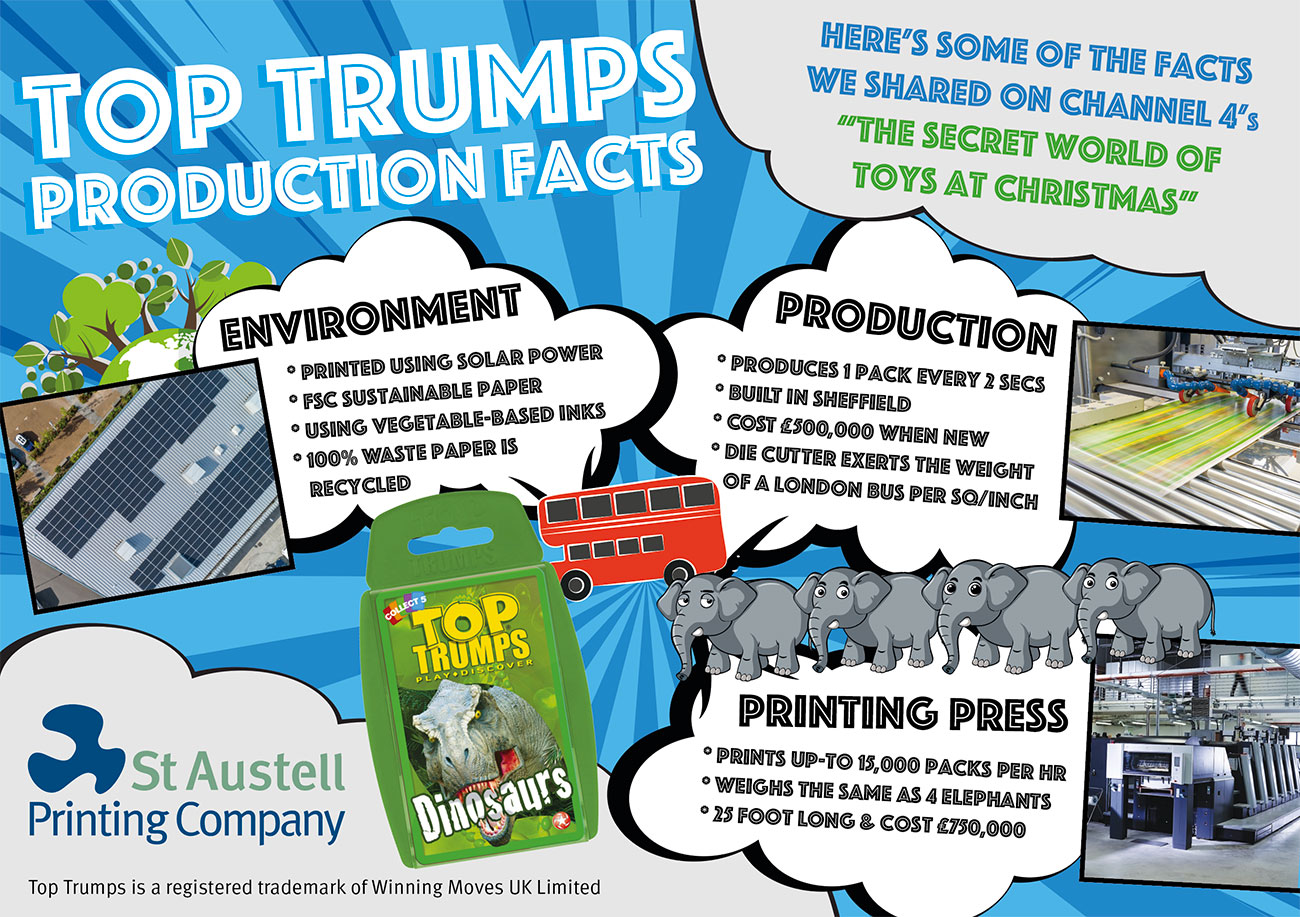